Global Religious Trends: A Review of and Commentary on Religion’s Sudden Decline: What’s Causing It and What Comes Next?
Ronald Inglehart is well known for his analysis of world-wide trends in values. This book is his latest and is particularly important because it charts significant world-wide changes that have occurred since 2007: changes that are having a major impact not only on religious institutions but also on political trends.

Marriage and Divorce in Australia
The Australian Bureau of Statistics (ABS) has recently released the latest data on registered marriages and divorces in Australia, covering official statistics to the end of 2020. It is an annual release of data and so provides valuable information about relationship trends, as well as the impact on those trends from national and global events, including the COVID-19 pandemic.

BOOK REVIEW
Jeanette Woods, Living for Shalom: The Story of Ross Langmead
Ross Langmead was a remarkable Christian leader and academic. A product of the 70s, he never became an ordained minister, although he spent much of his life in the pastoral care of congregations. He never fitted the mould of an academic, and yet became Professor of Missions. Ross never sought position or fame, and yet had a profound impact on the lives of a great many people. He died before his time: in 2013, aged 63. His story has been put together as a very readable narrative by his sister, Jeanette Woods in Living for Shalom: The Story of Ross Langmead. 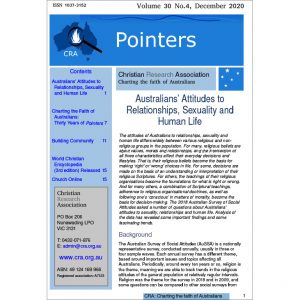 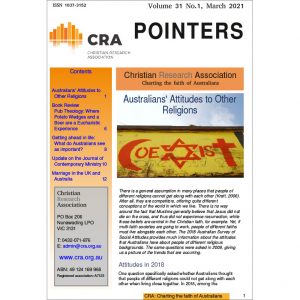 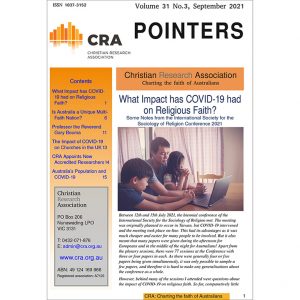